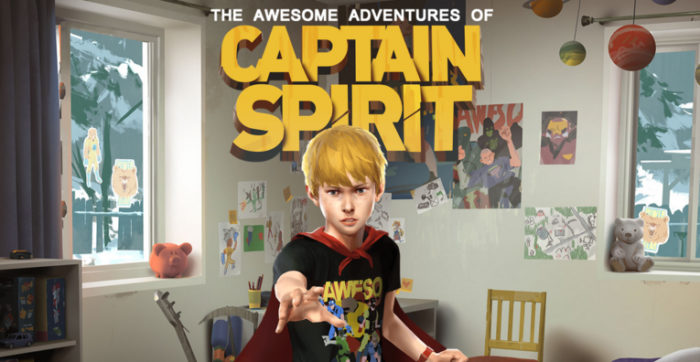 During Microsoft’s E3 press conference, Square Enix showed off a new trailer for an upcoming title that is set in the Life is Strange universe. The Awesome Adventures of Captain Spirit is being developed by Dontnod Entertainment themselves and will be released on June 26 for PS4, Xbox One, and PC, for the low low price of absolutely free.

Captain Spirit is a self-contained story that doesn’t require you to purchase any other content for you to try it out once it launches. Even though the game has its own story going on, you’ll still be able to find links to the setting and story of Life is Strange 2. You play as a 10-year old boy named Chris, who just wants to be a super hero. He loves his toys and also has a huge imagination that leads him on wondrous adventures.

This free content is only the start of Dontnod’s plan to broaden the universe of Life is Strange:

“The Awesome Adventures of Captain Spirit is the first step towards showing you the true potential of Life is Strange, and the possibilities of a diverse universe filled with interesting characters and stories to tell. With it, we have created a self-contained narrative experience that’s brimming with content – the deeper you dig, the more you will discover. While this demo is designed in the usual Life is Strange way and allows you plenty of time to explore everything, it is at the same time structurally different to previous entries. You will most likely see and discover new content on subsequent playthroughs which you might have previously missed. And there are some secrets that may very well take a coordinated group of fans to unravel.”

The Awesome Adventures of Captain Spirit launches for free on June 26.