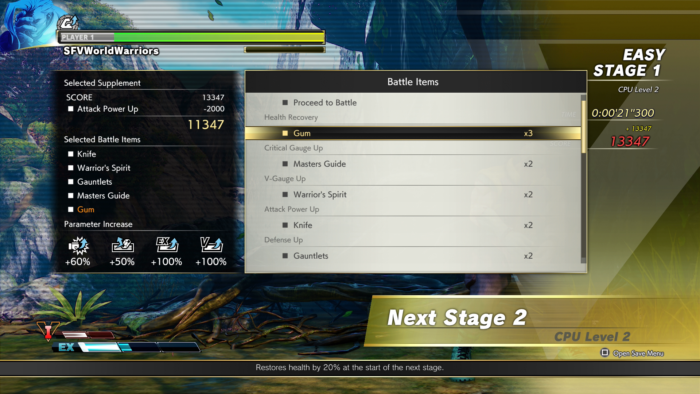 Street Fighter V is welcoming a massive new update on June 25, and with that will come the addition of loot boxes. They’re part of new system called Fighting Chance, and they’ll be handled in-game by fighter Menat. She’s opened up a shop that’ll tell you your fortune for 500 Fight Money, and in return she’ll give you your Fantasy Fortune Reading, which essentially is a loot box. They come with several different items, with many of them exclusive to Fighting Chance mode.

The items also include Battle Goods, which can help you increase your chances of completing Survival Mode, new pieces of classic Street Fighter art, and rare costumes that you can only find via Fantasy Fortune Readings, such as Cammy’s Cannon Spike costume, and more to come in the future, according to Capcom. The items will be limited to Survival Mode or will only offer cosmetic enhancements, with no items affecting competitive multiplayer available for grabs. You cannot purchase any of the items with real world cash via Fight Money, either.

It’s been two years since the game launched, so it’s interesting that Capcom has chosen to add loot boxes into the fold now, but they should at least offer some engaging new content, even if it is mainly rife with costumes and cosmetic content. We’ll keep an eye out for everything they add into the game going forward as well.