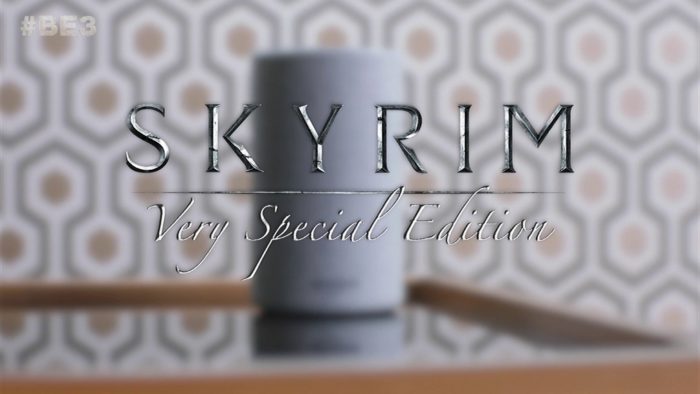 The reveal trailer was obviously a jab at how Bethesda has been porting Skyrim to every single gaming device known to mankind, but it seems like they were actually pretty serious about this. If you’ve ever wanted to play Elder Scrolls V through Alexa, you can actually download a free copy of Skyrim Very Special Edition now on Amazon. The game’s official description reads:

“For the very first time ever, take your rightful place as the Dragonborn of legend (again) and explore Skyrim using the power of your own voice…your Thu’um!

We’re pretty sure Skyrim Very Special Edition is more than enough to tide us over until Bethesda gets around to releasing Elder Scrolls VI. If you’ve missed it, check out the game’s official trailer below: