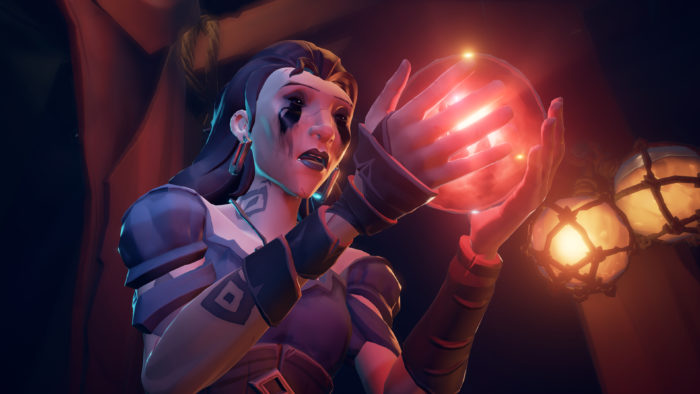 During Microsoft’s E3 2018 press conference, we caught a glimpse at the two major content updates coming to Sea of Thieves later in the year. The teaser trailer for Cursed Sails and Forsaken Shores looked cool, but didn’t offer much in the way of concrete details or features that players could expect. Rare has just released a new video with the developers, detailing some of they key additions that we’ll get to see in July and September.

First off, the Cursed Sails update will add skeleton crews into the world. There will be a limited time campaign where players can go on a short quest to learn more about the game’s world and lore, and also fight new enemies for rewards. One big criticism for The Hungering Deep was that there was literally no reason to fight the megalodon again after you’d beaten it once, and Rare promises that they will add incentive for players to replay the stuff in Cursed Sails.

As for the Forsaken Shores update, volcanoes will be added into the game world, and players will also have access to a new rowboat to quickly get between their main ship and surrounding islands. The volcanoes themselves will present new threats to the ships in the form of lava and fireballs. In addition to that, Rare also mentioned that they’re working on adding a new three-man ship type to the game in July, so players will now have an extra option when they’ve only got three people in total.