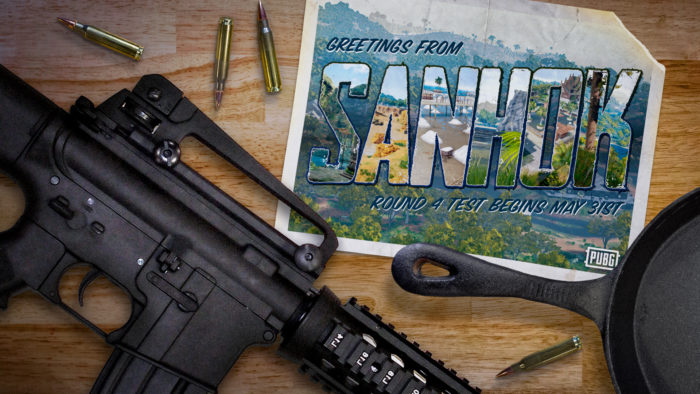 While it has already had its testing extended once, Sanhok is getting even more time in the Experimental Server. Today, in a blog post, PUBG. Corp announced that Sanhok would be getting an extended testing period due to “interesting performance problems.”

The testing has been extended to Monday, June 11, at 7am ET, 4am PT, 12pm BST. Problems they have been facing include unnecessary packet transfers and difficulty loading in large amounts of players.

The packets, which are being transferred needlessly from the client to the server, are causing “excess load and dips in the server performance.” This means that, while some errors may be on an individual basis, the packet transfer error will affect the whole game.

“Currently, the distance in which players are rendered is up to a maximum radius of 1km from your current position. As Sanhok is 1/4th the size of Erangel and Miramar, the number of players in that 1km area is generally much higher.” This causes performance issues, especially early in the game when the map is the most populated. Players have reported seeing things like teleporting players, severe lag, and heavy stuttering in the early game.

PUBG. Corp says that the solution to this issue is to alter the player render distance on the Sanhok map but maintain the same distance on the other maps, Erangel and Miramar, due to their much greater size. While this may seem to have a negative effect at first, limiting players to close encounters, the developers stated that, based on internal data, “the kill rate at extremely long distances is very low.” This is good for the developers and players alike because it makes it a lot easier to fix the issue without disrupting a prominent play style in the game.

These testing extensions have been put in place because of the developer’s confidence that their efforts should leave Sanhok at the best it can be. Make sure that if you have PUBG on Steam you check out the map in the experimental server before the testing closes.