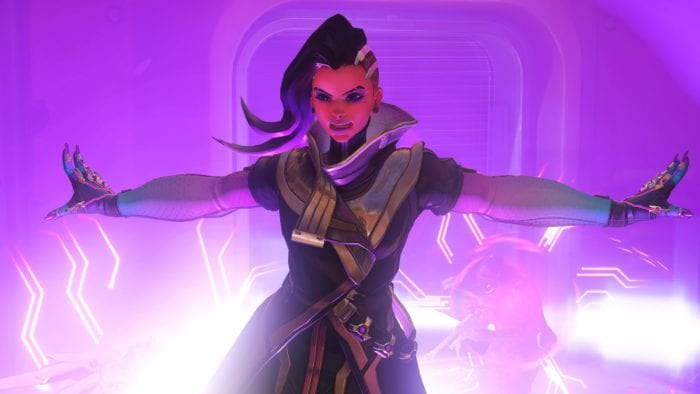 Since her introduction in 2016, the Mexican Overwatch hacker hero Sombra has been buffed and nerfed several times. Apparently, adjusting the capabilities of Sombra has proven tricky for Blizzard, as she can easily become overpowered and hard to counter if her skill kit is balanced incorrectly. In a bid to give justice to the character’s infiltrator capabilities, Blizzard is rolling out a new Sombra rework in July that will give the hero an infinite timer for her stealth and translocator abilities.

Over on the official Overwatch forum, principal designer Geoff Goodman said the team is working on giving Sombra “complete control over when she reveals herself,” whether it’s hacking the enemy team or setting an ambush. To give Sombra total control on translocator placement, she can now destroy the device by interacting with it in close proximity.

The Sombra rework will also nerf some of her abilities, reducing her stealth ability’s bonus movement speed from 75 percent to 50 percent. Finding someone who can cloak indefinitely in objectives can be frustrating, so the team also decided to prevent Sombra from contesting objectives whenever her stealth ability is active.

Earlier last week, game director Jeff Kaplan said gamers can expect to get their hands on the Sombra rework on the PTR in the next few weeks. This rework will be released in a patch scheduled to launch sometime in July.