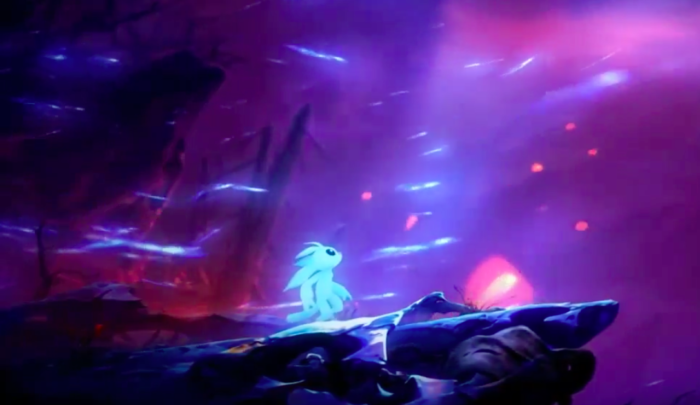 Ori and the Will of the Wisps has received a new trailer, further showcasing the game’s story, world and a potential new threat.

Shown as part of Microsoft’s E3 2018 showcase, the trailer opens with Ori and a young owl traveling together throughout the world. The game offers the same platforming and visual stylings as the first title, while also leaning more heavily into the sheen and sparkle of ice worlds.

As the trailer goes on though, a darkness is shown wreaking havoc upon the world and pursuing Ori with a ruthless abandon. The trailer ends with Ori and the young owl’s home laid to waste, their friends and family nowhere to be seen.

Though a firm release date hasn’t yet been given, the game is currently slated for a 2019 release on Xbox One. The full trailer can be viewed down below.

Originally announced in 2017, Will of the Wisps is the followup to Ori and the Blind Forest, a highly regarded Xbox One exclusive title praised for its challenging platforming and art style. The game’s developer, Moon Studios, also received attention for its hiring of Milton Guasti, the creator of the Another Metroid 2 Remake fan game, to their team.

For all the latest news from this year’s E3, stay tuned to Twinfinite.net for up to the minute news.

Comments
Continue Reading
Related Topics:E3, e3 2018, indie, microsoft, news, Ori and the Will of the Wisps, platformer, Xbox One