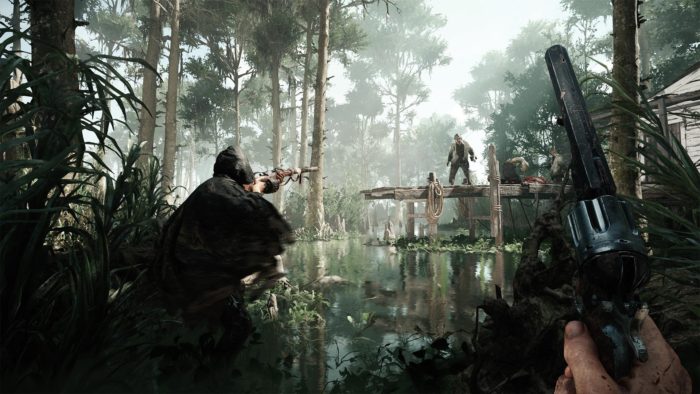 Hunt: Showdown developed by Crytek studios is currently an early access game available on Steam. In this game you and your fellow hunters are part of a secret society that hunt monsters, but beware because these creatures are deadly and one small mistake can cost you everything. Other hunters seek the same prey so not only do you have to worry about the monsters, but other players can get the jump on you and take everything. Hunt Showdown is in early access meaning it is constantly being changed, tweaked, updated, and expanded upon.

In this latest trailer shown off at the E3 2018 PC Gaming Show players will be able to see the upcoming additions to the game. It showcases the Vintage Crossbow, Throwing Knife, Hand Crossbow, and Sticky Bomb all coming to the game after E3.

All of these additions further add to the versatility and choice players have to hunt the way they want to in Hunt: Showdown. As well as a tease of the new monster being added to Hunt:Showdown called The Water Devil. It lurks around the Bayou’s of the map and is a swarm of tentacles so be careful when lurking through the water.