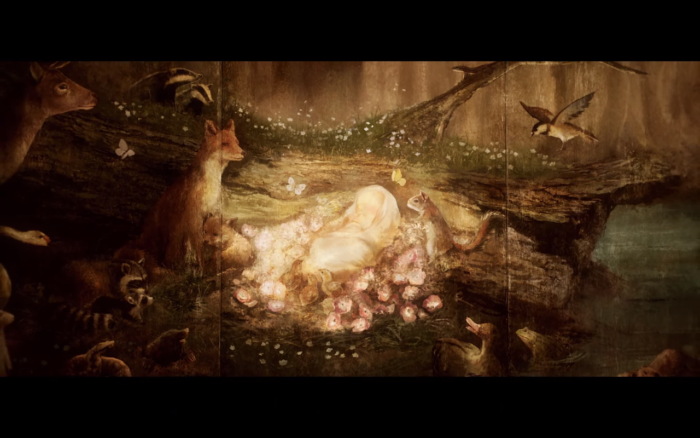 FromSoftware is typically known for its dark and brooding games like Dark Souls and Bloodborne, so that’s why it’s so intriguing that it’s working on an exclusive virtual reality game for PlayStation VR that appears the exact opposite. The title, Déraciné, was officially unveiled today during Sony’s PlayStation E3 2018 presentation, with a short teaser trailer.

Sony describes the game as such:

“As a spirit summoned by a young girl in a secluded boarding school, the player must prove its existence and build a unique bond with the students through clever interactions. As the mystery of the story unfolds, the spirit must use its ability to manipulate the forces of life and time to change the fate of the pupils.”

The title is named after the French word for “uprooted,” incidentally, and from what we’ve seen so far, the game features sepia coloring and some intriguing magic that isn’t really explained in the short amount of footage we’ve seen. We don’t know much about the game thus far, but we do know FromSoftware is working hard on remaining a prolific developer.

Currently, the game is targeting a 2018 release for later this year, but we don’t have anything like a confirmed release date just yet. We haven’t gotten to see any VR gameplay footage of the title just yet, either, so hopefully that’s still to come.