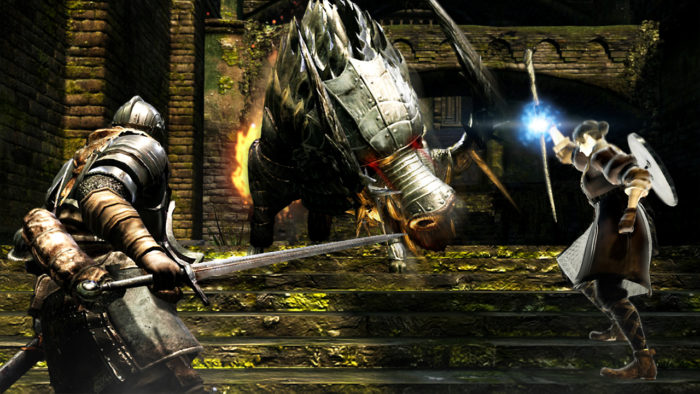 From Software’s Soulsborne games are known for their challenge and unforgiving nature. Another notable feature of the Soulsborne games is the absence of a difficulty setting or adjustment. This means that players going through a tough time don’t have the option of lowering the difficulty to get through the level. It’s worth noting that players do have the ability to summon NPCs and other players to go through the game in co-op, but as far as difficulty goes, there’s no changing that.

In an interview with Gamespot, From Software president Hidetaka Miyazaki explained the reasoning behind this design decision.

‘”We don’t want to include a difficulty selection because we want to bring everyone to the same level of discussion and the same level of enjoyment,” Miyazaki said. “So we want everyone … to first face that challenge and to overcome it in some way that suits them as a player.”

The creator continued: “We want everyone to feel that sense of accomplishment. We want everyone to feel elated and to join that discussion on the same level. We feel if there’s different difficulties, that’s going to segment and fragment the user base. People will have different experiences based on that [differing difficulty level]. This is something we take to heart when we design games. It’s been the same way for previous titles and it’s very much the same with Sekiro.”‘

In From Software’s view, having a standard experience for all players across the board is valuable because the developers are then able to build a game based on the kind of challenges they want to pose.

Sekiro: Shadows Die Twice is set to be released in 2019.