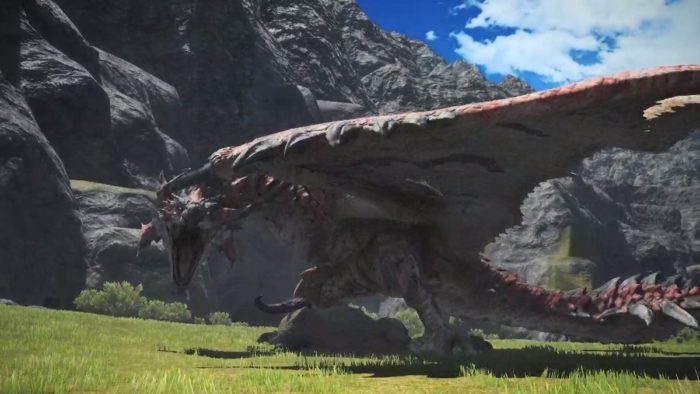 Following the meteoric success of Monster Hunter World back at the start of 2018, a crossover between it and the hugely popular Final Fantasy XIV Online was revealed at Square Enix’s E3 2018 press conference.

The trailer that we saw, which you can check out below, initially showed off FF XIV’s 4.3 update, before we caught a glimpse of a Palico and one of Monster Hunter’s menacing creatures.

The trailer didn’t show us much, beyond some fan favorite characters from each of the franchises teaming up to take down massive monsters in the Final Fantasy XIV’s world, but the crossover event will come to the online game sometime this Summer.

Monster Hunter World became the publisher’s best selling game of all time when it came to PC and consoles at the end of January. While it is unclear how much of the game will make its way over to Final Fantasy XIV Online, the new players that enjoyed their time with World may be interested in trying out FF XIV to see the crossover content. We’ll have to wait a little longer to get some more information, however.

Alternatively, you can just wait until the summer when the crossover event begins.