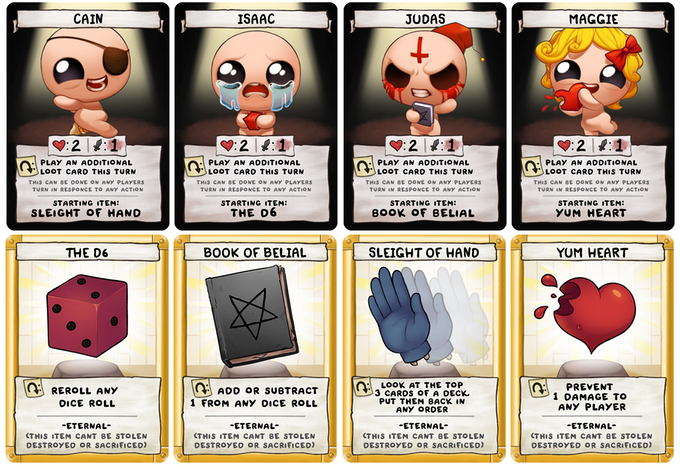 The Binding of Isaac is arguably the most popular roguelike game on the market right now. The game’s received so many content updates over the years, and even if you’ve poured a hundred hours into it, there’s so much replay value that you can jump in again and still feel fresh about it.

Game creator Edmund McMillen has just launched a Kickstarter campaign for a tabletop card game based on The Binding of Isaac, titled Four Souls. Fan-favorite characters and bosses will be featured as cards of course, and McMillen also details the creative process behind coming up with the concept for the game. The goal is to introduce an element of randomness and excitement in the card game that’s also present in the video game itself as well, and up to four players will be able to compete with each other to see who can get the four souls first.

The Kickstarter campaign has a goal of $68,130, and it will end on July 27. Backers will be able to secure a copy of the game by pledging $25 and receive even more cards and goodies if they pledge more. You can check out the game’s Kickstarter page here.