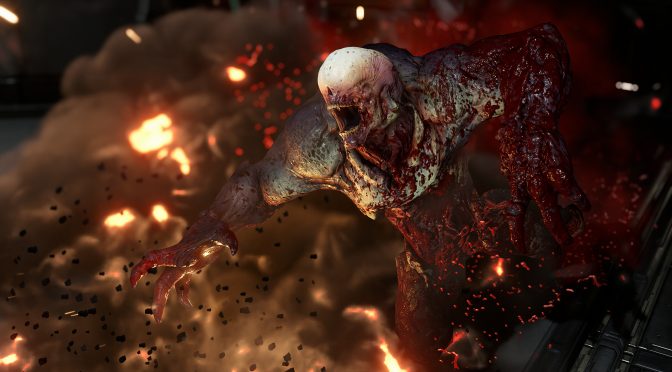 During the 2018 E3 Bethesda press conference, the company announced the sequel to 2016’s Doom, Doom Eternal.

To announce the title, Bethesda dropped a flashy, new trailer taking viewers on a tour of what appears to be a destroyed metropolis on Earth that has been run rampant by demons.

After the trailer, speakers from id Software took the stage to explain that the game will not only feature an even stronger Doomslayer–that’s you–but twice the demons as well. No release date, or even a release year, was given but the company said fans can expect to learn more about the game at QuakeCon this August.

For those who missed the hellish hype of 2016’s Doom, it’s a reboot of the famed Doom franchise–yes, that one we used to play a long time ago on PC–that was met with not only financial success, but critical success as well. In fact, it currently sits at a Metascore of 85 on Metacritic. If none of that is ringing a bell, it’s basically a game where you place as a space marine who’s tasked with nearly single-handedly taking out an entire space-colony set on a Mars that’s infested with demons from Hell.

Originally, the team at id Software was set to make Doom 4, but due to a number of reasons, that project was cancelled. Despite that cancellation though, the studio was able to take what they learned and use it to develop a highly-praised first-person shooter that not only honors the original, but innovates on it for the better as well. The last we saw of the franchise before the release of 2016’s Doom was Doom 3 in 2004.

The third entry in the series was still praised as a great game, but it certainly deviated from its predecessors in that it took a more survival horror-like approach to the gameplay, where as the first two titles were more fast paced and featured open-ended levels. The reboot returned to the series’ roots by allowing players to make their way through each of the game’s levels however they wished, killing any demons that stood in their way.