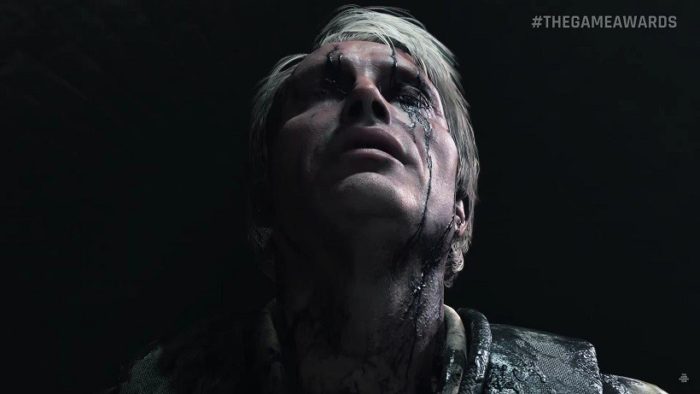 Kojima Productions’ latest title, Death Stranding, just received the first trailer we’ve seen in quite some time. It made its dazzling debut today during Sony’s E3 2018 press conference, with a trailer that, once again, left us trying to decipher exactly what was going on.

Our newest look at Death Stranding finds Sam speaking with an unknown female character who asks him to “come work for her,” to which Sam replies “he makes deliveries, and that’s all.” We’re treated to some lush greenery and other environments as we see the first real shots of gameplay from the game, with sprinkles of story information spread throughout.

Unfortunately, we ended up with nearly just as many questions as we entered the game with, even though we’ve finally gotten a look at in-engine gameplay for the first time yet. Sam contends with pulling his own toenail off, casually carries along a dead body, and we got a new tagline as well: “Give me your hand in life.”

A new female character made an appearance near the end of the trailer, unidentified at this time, and both she and Sam hid from an approaching invisible threat. When it passed, both left their hiding places in relief, to see invisible figures in the sky, transposed against the overcast atmosphere. Lea Seydoux and Lindsey Wagner also both made their debut during this trailer as well, the first we’ve seen of both characters.

The brainchild of the eccentric Hideo Kojima, Death Stranding was originally announced during E3 2016 with a debut trailer starring Norman Reedus as the game’s protagonist, named Sam. The game will be an action title with multiplayer elements that we don’t know much about just yet. It’ll also feature actor Mads Mikkelsen and Guillermo del Toro in special roles, though we haven’t heard much about what purpose their characters will serve just yet.

Death Stranding is a PlayStation 4 exclusive, though we still don’t have anything even close to resembling a release date just yet.