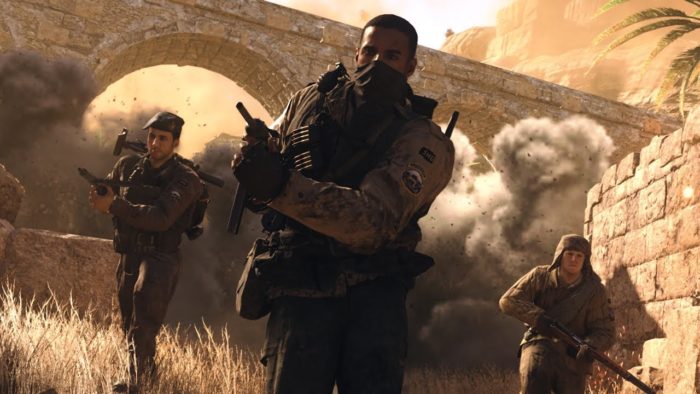 Call of Duty: WWII’s latest DLC pack has finally been revealed, and it’ll be coming to the game this month — a whole lot sooner than any of us may have been expecting. The United Front DLC is the third set of downloadable content for the game, and finds the Allies battling through the war toward Berlin in three new multiplayer maps: Market Garden, Monte Cassino, and Stalingrad.

Sledgehammer Games’ upcoming set of maps will take you through Market Garden’s Netherlands setting, Monte Cassino’s Italian campaign below a mountaintop monastery, Stalingrad in a war-torn city, and the Nazi-occupied village in Tunisia.

United Front launches for PlayStation 4 Call of Duty fans first on June 26, with the other platforms to follow soon after. In the meantime, check out the official reveal trailer below! Let us know if you’ll be joining the fight with the latest additions to Call of Duty: WWII, ahead of the Black Ops 4 release later this year.