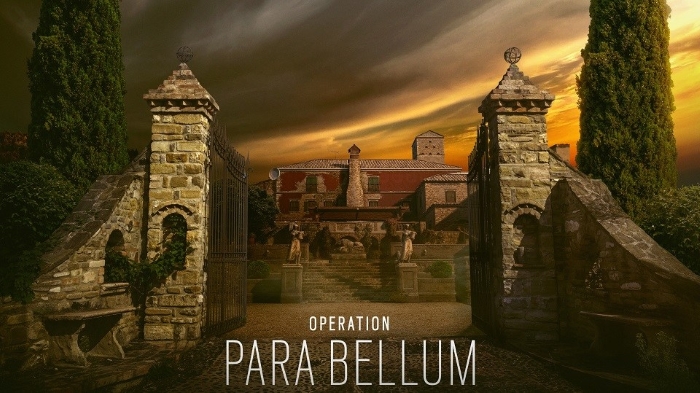 The new competitive map is a grand mansion set in the Italian countryside, filled with “wide staircases, narrow tunnels, and secret hatches.” According to Ubisoft’s description of Villa, “The land belongs to the Vinciguerra, a dangerous crime family known for their smuggling activities. The house is their retreat, where they lead a lavish lifestyle and collect rare art pieces. Now we catch the villa in a snapshot of time: Vinciguerras are burning documents and transporting their holdings before the big raid.” Check out brief glimpses of the map in the trailer below.

The trailer also highlights an Assassin’s Creed Easter egg at the 0:17 mark in the video with the Assassin’s faction symbol shown on the wall. The mansion does share a similar theme with the Villa Auditore, Ezio’s familial home introduced in Assassin’s Creed 2, as a mansion hiding plenty of secrets. Although, Ezio’s home was located in Monteriggioni while the new map does not have a real life location.

Villa will launch alongside Operation Para Bellum, a major update for Season 2 of Year 3 for Rainbow Six Siege. Besides two new defenders being added to the roster, other features coming in the season include a Pick & Ban system, dropshotting adjustments, and balance changes. Ubisoft plans to fully reveal the update during the Rainbow Six Siege Pro League Finals on May 19-20 from the game’s official Twitch channel.