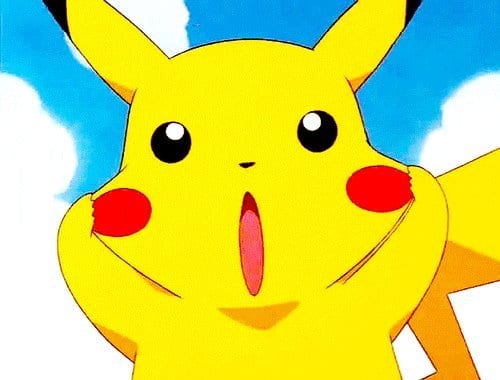 If you’re a big Pokemon fan, you probably thought this whole time that Pikachu was based on something like a mouse or other rodent. It’s clear that Pikachu’s even listed as a mouse when you look at its type, so it’s understandable that you might think the adorable Pokémon was originally inspired by a mouse. As it turns out, that wasn’t the case at all.

A new interview with Japanese publication Yomiuri, ex-Game Freak employee Atsuko Nishida stated that, when designing Pikachu, she actually based the iconic creature on a squirrel and not a mouse, like we all thought.

“I didn’t have a squirrel, but at that time, I wanted to have one,” Nishida continued. “It’s not like squirrels were popular [in Japan] then. I like animals, and then I had a ferret and a turtle at home. Since I thought the ways squirrels moved were comical and cute, I wanted one.”

Nishida was even inspired by squirrels when it comes to storing electricity in its cheeks. Then, when Pikachu got its name, the decision was made by Satoshi Tajiri himself coming up with the “electric rodent” classification. This is all information that’s probably brand new to several of you (and us, too!) so consider yourself even more of a Pokémon scholar after learning this little nugget.