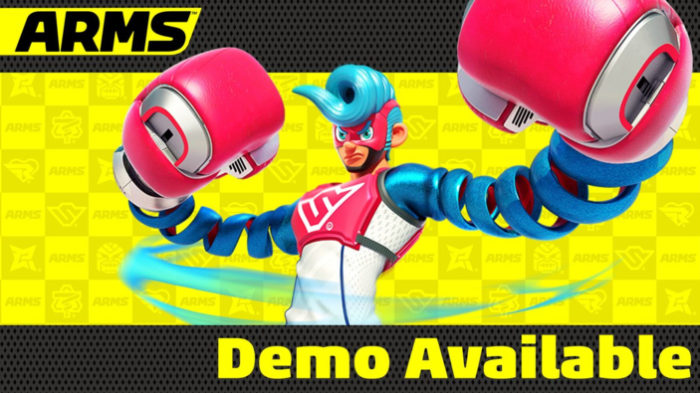 Since releasing this time last year, Nintendo’s newest fighting franchise, ARMS, has been steadily seeing updates and downloadable content in the form of new fighters and stages, which is awesome to see for a year-old title. Nintendo pushed out an online demo of ARMS not too long ago, but it seems that they have released an offline demo for the game that will be permanently available on the Switch eShop, free of charge of course.

The new offline demo for ARMS supports up to two players locally and features five playable characters, which are: Twintelle, Ninjara, Master Mummy, Ribbon Girl, and last but not least, Spring Man. The demo gives you a preview of badges and the gallery, access to dashboard and help options, and a detailed look at the full game menu, just in case you were interested in purchasing the full game from the Nintendo Switch eShop.

The title is out now for the Nintendo Switch and if you still have not jumped the gun and bought the game, then be sure to download the demo and try it out for yourself. ARMS offers a very fun and zany online multiplayer mode that lets you fight with up to four players. Its smart matchmaking is definitely the best part of the game as well as the combinations of ARMS that you can fight with.