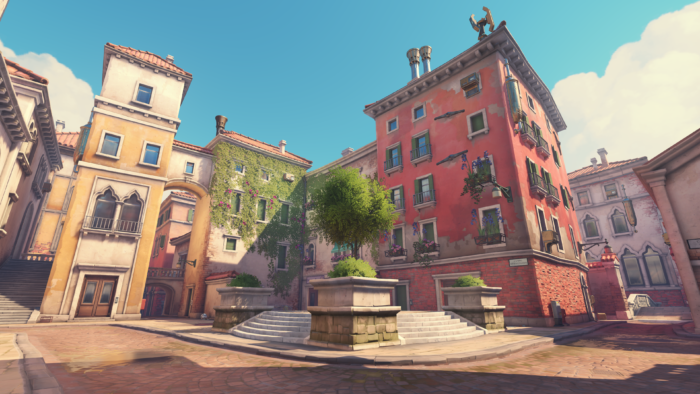 Looking to try out a new map in Overwatch? You’re in luck, as there’s a new PvP map right now live on PC, PlayStation 4, and Xbox One. It’s Rialto, the new escort map where players need to team up and escort the payload along the canals and cobblestone-ridden streets in Venice, Italy. If it sounds nice and relaxing, it’s not — you’ve got to make sure you keep bodies on that payload, pronto!

Overwatch has enjoyed a wealth of content already in 2018, with the addition of the recent PvE map and events that invited players to jump in and play through the history of Blackwatch. There’s plenty of new sprays and skins up for grabs as well, which are available for just about every character too, if you’re looking to update your fave with a new outfit.

Don’t have time to get in a game with Rialto right now? You can just travel there right how by watching the sizzle reel below. Letting it all wash over you is nearly as good as sitting and waiting for 30 minutes to get into a skirmish with the possibility of getting into a queue, right? But not much. Kidding aside, check out the new map now.