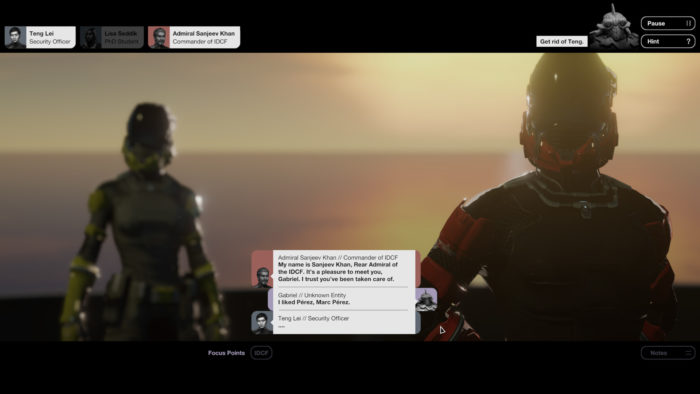 Mike Bithell, best known for his work on Thomas Was Alone, has taken to Twitter to announce his new game: Quarantine Circular. Fans of his games will quickly recognize the title and its connection to another adventure game he had previously released, Subsurface Circular. From this announcement, it’s clear that Bithell is starting to establish the Circular games as a sort of mini series, and Quarantine Circular is the next step working towards that.

Quarantine Circular. A narrative short game we made about talking to an alien on a boat. Out now. If you liked Subsurface Circular, this might be worth a look. https://t.co/4rmLEYTshF pic.twitter.com/DMHm5tVbCU

The best part is, the game is already available on Steam, and players can enjoy a 20% discount until May 30. For those who are unaware, Subsurface Circular was a rather short, story-driven game exploring the ins and outs of a futuristic robotic alien society.

Here are some details about the new game:

‘A group of scientists interrogate an alien discovered at the heart of a global pandemic. Work with your team, make decisions and uncover the alien’s true intentions.

Inspired by classic adventure games and modern dialogue systems, Bithell Games has created another single session story which respects your time and your intelligence.’