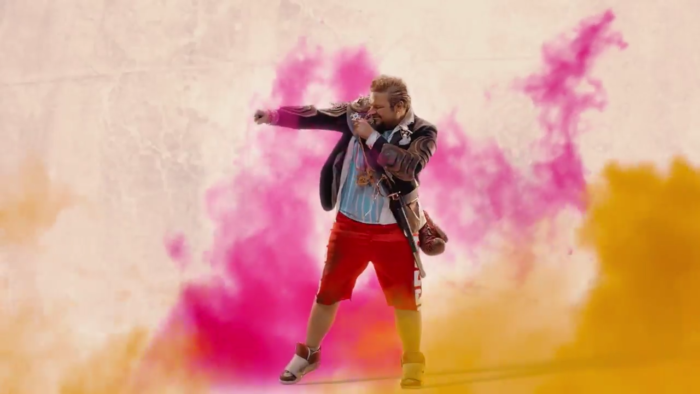 Bethesda has released an official announcement trailer for the raucous and punk rock-infused Rage 2. The live-action clip depicts a ton of colorful hoodlums rocking out to the Andrew W.K. song “Get Ready to Die,” which is oddly appropriate for the trailer given its anarchistic nature and rose-colored mayhem.

According to Bethesda, here’s the official game overview: “Dive headfirst into a dystopian world devoid of society, law, and order. Rage 2 brings together a true open world FPS experience where you can go anywhere, shoot anything, and explode everything.” The game will be coming to PlayStation 4, Xbox One, and PC.

Unfortunately, that’s about all we have to go on right now. There is, however, a gameplay reveal trailer coming tomorrow, May 15, for us to chew on until we inevitably see more of it this year at E3 2018. It’s a safe bet that things aren’t simply going to be a bunch of browns and tans this time around, however, if these first brief looks at the game are anything to go by. Or, it’s going to totally be brown and Bethesda is expertly trolling us all. We’ll have to wait and see. Whatever the case may be, we’ll make sure you know about it as soon as the gameplay drops.