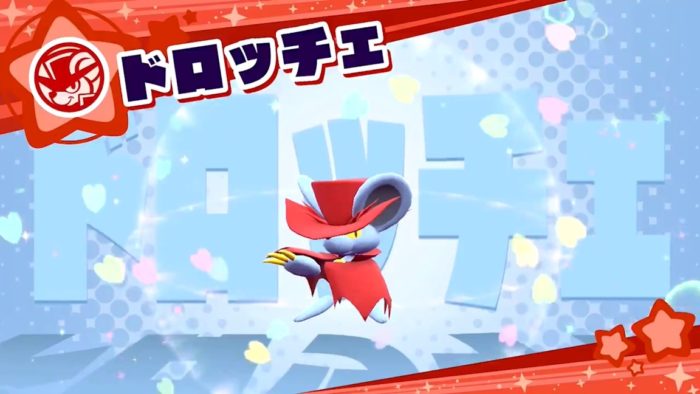 The latest member of Kirby’s Dream Team has been revealed, with Nintendo officially confirming that Daroach will be making his way to Kirby Star Allies.

This cunning mouse first made his appearance in Kirby: Squeak Squad as the leader of the titular group, and has a fondness for treasure that leads him to instigate the greatest of heists. In the past, he has wielded bombs, as well as a scepter that launches beams of ice, and can even teleport around an area in order to evade foes. It is unclear what abilities he will be bringing to Star Allies, but in the first shot of his character model, we can at least see that he has his scepter in-hand, suggesting that he will have some of his magical powers intact.

Daroach arrives as a Dream Friend, one of many characters from Kirby’s past that can be recruited into battle by entering a Star Palace. They operate differently from the usual helpers, and have included such familiar faces as Meta Knight, King Dedede, and even the treacherous jester Marx. Though this roster suggests that Kirby has a very broad interpretation of what qualifies as a ‘friend’, it has been fun to see many old favorites return.

Are you glad that Daroach is now included among them? Or would you have rather seen someone else grab the spotlight?