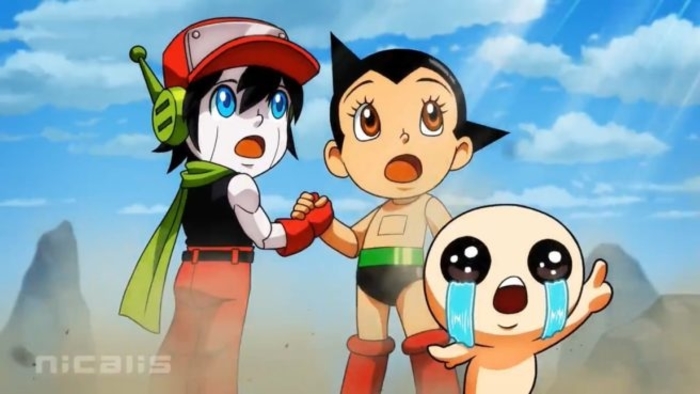 Nicalis has just announced a new title coming to Switch called Crystal Crisis, which is one of their most ambitious crossovers that the company has ever done. The puzzle-focused color-matching combat game will feature characters like Astro Boy and Black Jack from Tezuka Productions, Isaac from The Binding of Isaac, and Qoute, Curly Brace, and Ballos from Cave Story, as well as over a dozen more characters. You can check out the announcement trailer below:

Announcing #CrystalCrisis, the most ambitious Nicalis crossover since the last one! Prepare for the most epic puzzle fighting battle ever when it drops on #NintendoSwitch in Fall 2018! pic.twitter.com/Q8xaSmS9U1

Instead of being a traditional 2D fighter, two players face off against one another by arranging falling gems into matching colors to clear them from the screen, damaging your opponent in the process. This epic crossover will include several single-player modes as well as local and online multiplayer modes to play with friends or with people around the world. Each character will have their own stage, music track, special attacks, and even some voice overs. Nicalis, Inc. has even included an optional colorblind mode that makes it easier for people to distinguish the colors of the gems if they have issues doing so, which is a very helpful thing that we’re sure some people will be very appreciative of.

The epic crossover that is Crystal Crisis is scheduled to launch for the Nintendo Switch sometime in the Fall of 2018.