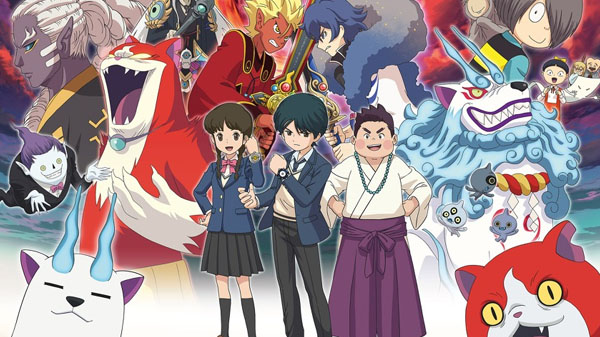 Following the massive success of the Yokai Watch games on Nintendo 3DS and the series’ ridiculous popularity in Japan, there’s a fourth Yokai Watch game in the making. This time it’s coming to the Nintendo Switch, after the announcement from Level-5 that future titles from the studio would be hitting the portable console. It’s already in development, and it’s slated for launch this year in Japan.

This time around it’s based on the current Yokai Watch Shadowside anime series, featuring Touma Tsukinami, Natsume Amano, Keesuke Amano, and Akinori Arihoshi. Level-5 president and CEO Akihiro Hino has stated that the gameplay will be “super extremely enhanced” and will feature “mechanics that surprise everyone.” Removing forced mechanics where your Yokai act independently in battle sure would be nice while we’re dreaming, but that’s probably unlikely to happen.

Whatever does end up being added to the game would be a boon, especially since the games have been in need of evolution for a little bit now. It’ll be interesting to see if this entry becomes localized, and it’s also the first out of the monster-collecting titles to get a game brought to Switch. Hopefully Pokemon follows suit next, and then players will have a choice between which franchises they want to play around with when they’re gaming on the go.