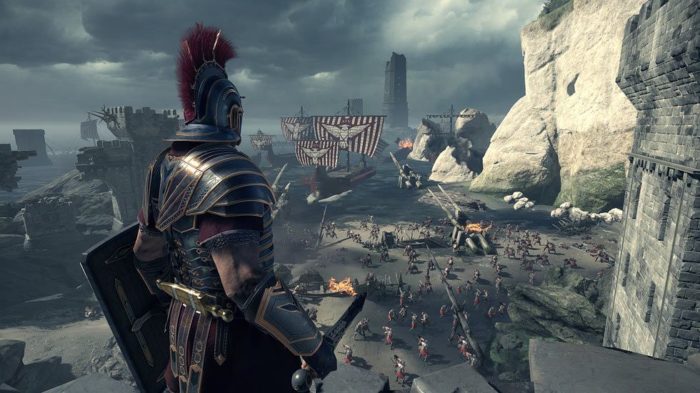 Over the weekend, Xbox head Phil Spencer took it upon himself to respond to some eager community members about their burning questions regarding all things Microsoft and Xbox. Several tweets rolled in to Spencer to discuss the absence of games like Ryse 2, several new Xbox Game Pass options, the challenge of charting out games that rely on creativity to flourish, and other important things integral to the Xbox brand.

One community member asked Spencer why there was never a sequel to 2013’s Ryse: Son of Rome out on the market, which he did have an answer for. He stated that it was more due to a combination of several things, though he believes that the hack-and-slash genre is one that the company should be exploring more in general. According to Spencer, “It’s a combination of a lot of things, some right and some wrong. I really liked the game, I’m glad you did as well. It’s a genre we should be doing more in, I agree on that.” Does that mean we’re getting a new Ryse 2 in the future? You probably shouldn’t get your hopes up.

On that same note, Spencer explained that, no matter how popular some games are on Xbox One, it’s “impossible” to make follow-up sequels for every single game that ends up becoming a smash hit. “We consider a lot of things”, he said. “Many of the franchises we’ve shipped have fans. I hear from most of them on sequels we should do. Obviously impossible to do all and we want to create new IP as well. You try to build what’s most likely to be right mix of IP and team.”

Phil… we need something game changing. Like when halo gears and fable came on the scene.. new gameplay/experiences. I’m sure you know this. BC is great and all. But I want something fresh. Something we’ve never experienced. Something to immerse us for years to come. Not just mp

Fans also pressed Spencer on “game-changing” titles coming down the line, titles that were “fresh” like when Halo, Gears of War, and Fable made their way onto the scene. Spencer’s response was that the fan’s request was a “low bar” (a joke, of course) and that the fan’s ideas were certainly being heard. “Invest more, invest in teams, empower them to create deep worlds with interesting stories and characters and give them time,” he said. He also insinuated that fans could potentially be able to look into a Western-styled IP in the future, though he simply said “Yep” in response — close enough, right?

Phil was generous and open with the amount of questions he answered, but if you missed out on chatting with him, it’s likely he’ll be doing similar Q&A sessions like this in the future. He also mentioned that currently, the Xbox team is “looking at” options for Xbox Game Pass, such as different subscription options. “We did the retail subscription and we’ll be working to give users more value and options with our subs,” he explained. It’s likely we’ll hear more about plans for several of the conversation topics discussed in the next month or so at E3 2018, which we’ll keep you posted on as they continue to roll out.