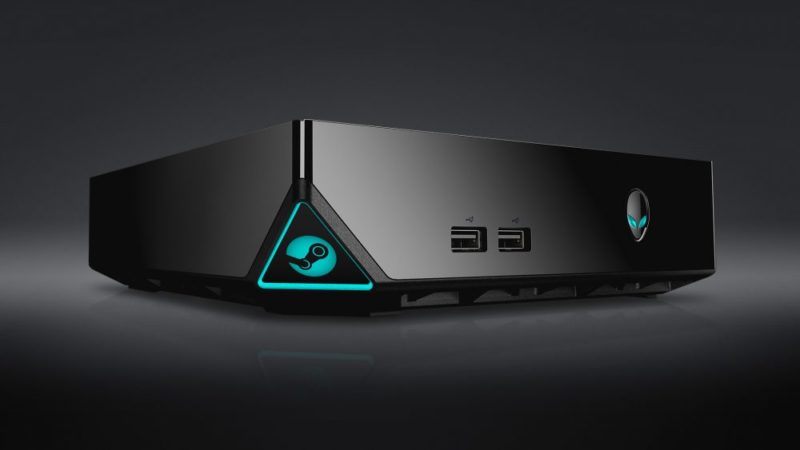 Valve’s Steam Machine project, a series of computer-console hybrids which ran on Valve’s Linux-based Steam OS, is no longer listed on the Steam storefront.

Previously when checking under the hardware tab of the Steam store the “Steam Machine” would appear next to Valve’s other hardware like the Steam Link and HTC Vive, but the link was removed on Mar. 30. The page for Steam Machines still exists, but there are no references to the product in the Steam Store.

The Steam Machine and Steam OS was a Valve project announced in 2013 designed to rival PC’s being sold with Windows 8, an operating system Valve CEO Gabe Newell once called “a catastrophe for everyone in the PC Space.” The systems would be designed in partnership with multiple PC manufacturers like Alienware and Syber and were marketed as consoles which ran PC games, designed to sit underneath TV’s.

The consoles were not exactly a mega-hit, with every one of the different consoles available selling less than half a million units seven months after their collective release. Two and a half years later, no new Steam Machines have been announced, and most Steam Machines like Material.net’s and the Maingear Drift are no longer in stock.

The console-PC hybrids did also launch with the still-successful Steam controllers, but unlike the Steam Machines, they’re still available and receiving regular improvements.

While the Steam machine has seemingly been abandoned by Valve, Steam-based hardware is still being made, such as the Steam Link and HTC Vive. However, its not clear whether the Steam Link is doing very good either, seeing as in Oct. 2017, Valve bundled the Steam Link with indie side scroller Icey for just 1 dollar USD (which turned out to be a steal, as the hardware is actually pretty useful if you travel a lot).

Although Valve has left behind the Steam Machine, Steam OS is still being actively updated, receiving a huge update in late Jan. of this year. The system update included a ton of bug fixes, new graphics drivers support, and support for AMD graphics cards.

For more PC gaming news and more, check back with Twinfinite.