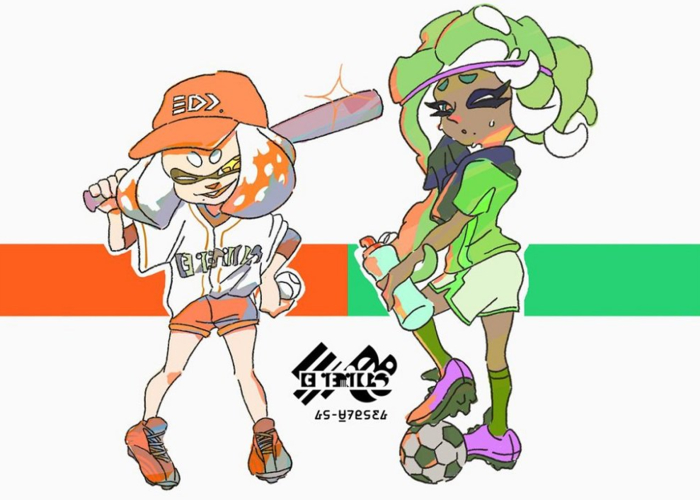 This past weekend, Splatoon 2 was host to a new Splatfest in the U.S. that pit two very popular sports against one another and a team has been declared a winner – sorry Marina fans. The two sports that were up to bat this weekend was soccer and baseball, with the majority vote surprisingly going to Team Soccer with a whopping 60%, while Team Baseball only received 40%. Team Marina may have won the popular vote, but at the end of the day, it seems that these Splatfests are all about how you actually play the game, making those team and solo wins very important. 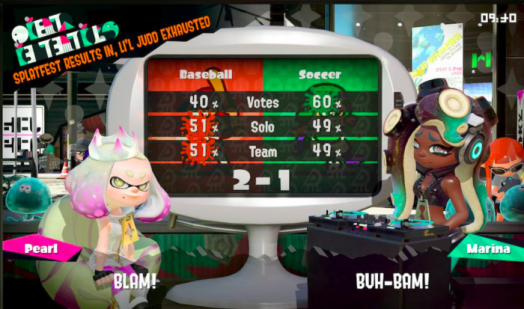 With a close win, Team Baseball grabbed 51% of not one but both categories for team and solo wins! Marina was on the side of Soccer, so maybe her being the more popular host got her more of the total votes, while Pearl lovers just so happened to play a little bit harder, who knows.

With Team Baseball taking the gold this past weekend, what other Splatfest categories would you guys like to see next month? I for one, would love to see two different Nintendo franchises go up against each other – seeing Kirby fans fight Metroid fans would be a blast!