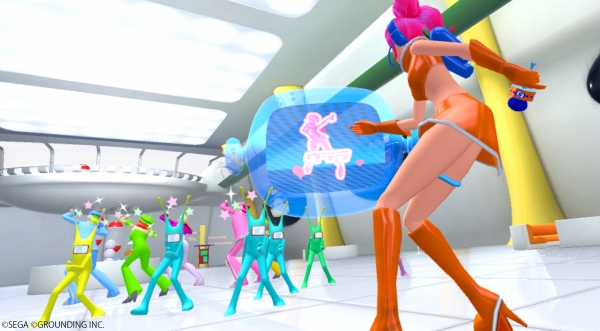 It’s going to exhibit at the world’s largest VR exhibition “VRLA”.
See you at #110(@Grounding_Inc)!https://t.co/VeH9A6l4ke pic.twitter.com/P3D7NbDrzE

Grounding, Inc. previously demoed the game at Tokyo Game Show before announcing that it would make landfall as a full release for Japanese-only audiences with HTC Vives. Of course, that didn’t mean much for English-speaking players, since there wasn’t an announcement for those of us who don’t understand Japanese.

This will be the first full-fledged Space Channel 5 adventure since PlayStation 2’s release of both first games all those years ago. Does this bode well for Space Channel 5 as a franchise? Hopefully if it gets a retail Western release we’ll be able to see future installments in the wacky, out-there rhythm game cult classic. Are you looking to try out the latest of Ulala’s swingin’ report show? Let us know if you’ve missed the pink-haired reporter and all her shenanigans!