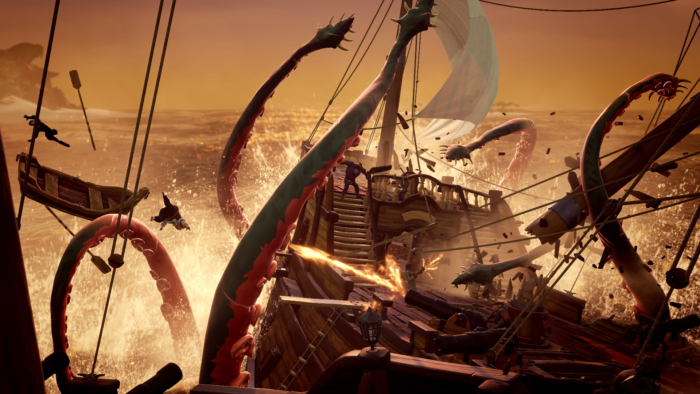 Sea of Thieves can be a lot of fun when you run into other pirate crews. Things get even more exciting when you’re all trying to nab the stronghold treasure on a skull island. However, the game can be a little frustrating when you sink a ship, and the opposing crew gets back to your island so quickly even before you can start loading the loot onto your vessel. Rare is addressing this issue in the game’s latest patch.

Here are the major changes:

Along with these two updates, the patch also includes a series of minor fixes which you can read more about here.

Sea of Thieves is now available on Xbox One and Windows 10.