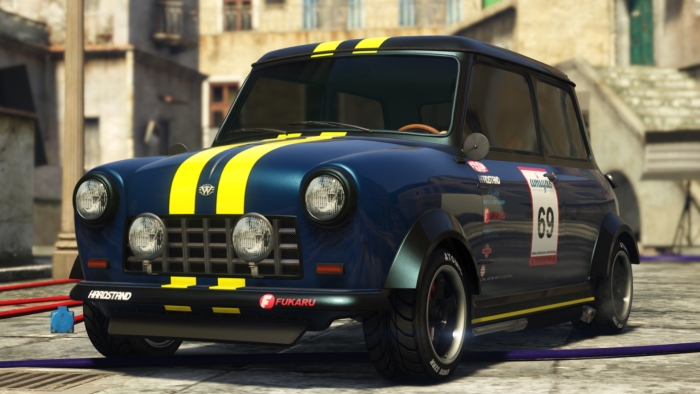 The Vespucci Job, named after the 1969 British comedy caper film The Italian Job, is a four-player car chase Adversary Mode comprised of two teams of two. According to its description, “Either you’re the lunatic on the run in the new Issi Classic, trying to hit every checkpoint in time – or you’re a squad car right behind and looking to blow a lot more than the doors off.” The new mode is available today and offers double GTA$ and RP between now and Monday, April 23.

Three new vehicles are also available for purchase in GTA Online today, including the Weeny Issi Classic featured in The Vespucci Job mode. The Sea Sparrow is “an agile miniature helicopter with optional Machine Gun and Missile upgrades,” while the customizable American hatchback Vapid Flash GT Sports car can be seen in a brief clip from Rockstar’s tweet.

Additionally, bodyguards and associates will earn double GTA$ Salaries until April 23. Check out the official blog post for a full list of in-game discounts, including a special one day only sale for weed business and upgrades on Friday, April 20.