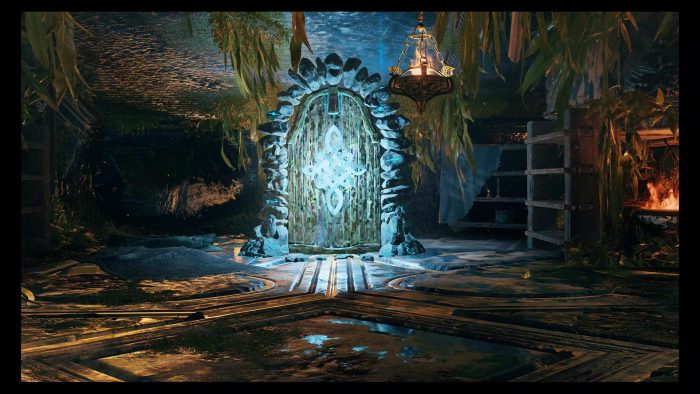 How to Fast Travel in God of War

The latest entry in the God of War series is the largest one yet, with tons of hidden areas and realms for you to explore. As such, you’re probably wondering how to fast travel in God of War.

Fast travel works a little differently in God of War but, luckily, it is in the game. This means that you’ll be able to get around the Norse realms much easier, however, there’s a bit of a catch.

As you progress through God of War’s story missions, you’ll eventually come to a tower which has a fast travel point inside in the shape of a door.

All throughout God of War’s world, you can find little piles of rocks emanating a blue glow to signify that they’re fast travel points. However, when you first unlock it, you can only teleport back to the tower from these points. You can’t use the tower’s point to fast travel to any of the others you’ve already found.

That function is unlocked a little later on in God of War’s story, so just be patient and it’ll happen eventually. We’re not going to tell you exactly when, but you’ll be returning to the tower after a particular milestone has been achieved.

The tower’s point will now function as any other, allowing you to teleport quickly to the others you’ve discovered. One important thing to note about fast traveling is that once you’ve stepped through the door, stay on the straight path. Don’t take any of the side paths or jump off the ledge or it’s an instant game over for you.

That’s everything you need to know about how to fast travel in God of War. Be sure to check out our God of War wiki for more tips, tricks, and guides. Here are a few other quick guides at a glance that you might want to check out.

Question: How do you fast travel in God of War?

Answer: Fast travel is unlocked a little later on in God of War’s story. Once you reach the story point the tower’s fast travel option will unlock allowing you to quickly travel to any other gateways you’ve discovered.

Once you’ve stepped through the gateway, make sure to stay on the straight path.