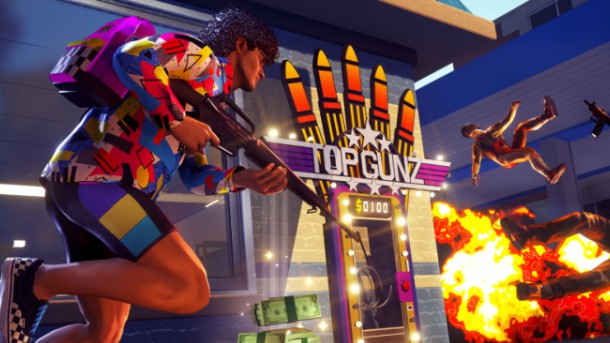 Boss Key Productions released a new Battle Royale title this week called Radical Heights, but it doesn’t appear that it’s reached “radical heights” as far as its launch goes. On the first day it made its debut, it was only able to nab 1,000 additional peak players than the studio’s previous hero-based shooter, LawBreakers. Having shifted focus to other projects and essentially leaving LawBreakers to die, Boss Key Productions has only managed to gather a very small amount of players in Radical Heights on its first day: only about 1,000 more than LawBreakers’ peak.

According to Githyp, LawBreakers’ peak concurrent player count last July was around 7.5k players. While Radical Heights did exceed that, those are low numbers for a game that was part of a surprise release, especially a game that’s free-to-play. It’s also part of the massively popular battle royale trend, with bright colors and a quirky attitude, so it seems practically tailor made for the populace to devour. It’s also been helped along a bit by popular Twitch streamers, so seeing these low numbers is a little odd.

But you also must keep in mind that with the surprise release, it’s possible that not all the players who would have wanted to jump on board may not have gotten to play as they just weren’t aware the game was up for grabs. Whatever the case may be, we’ll have to wait and see what happens as the weeks wear on.