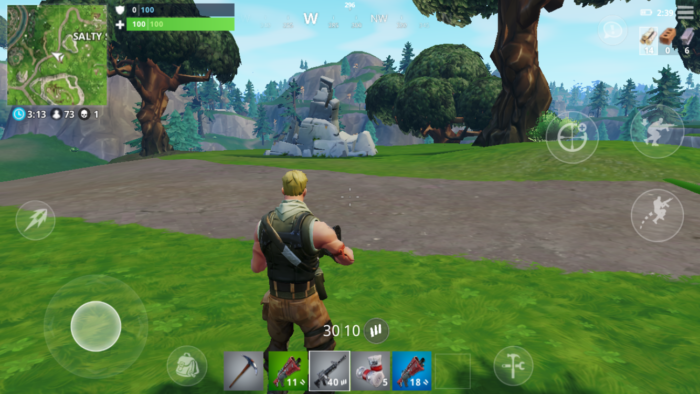 Epic Games’ Fortnite Mobile has finally left its beta phase on mobile devices, meaning you can now jump into the game no matter if you have friends to invite you or not. If you have an iPhone 6S or newer, you can download the game and start annihilating the competition, as of this morning, thanks to a tweet via Epic Games.

Originally, when Fortnite Mobile released, the game was only up for grabs for players during an invite-only beta period where would-be Fortnite Mobile fans had to wait around for an invite if they were ever going to get in. Since then, you can now simply download the app and jump into the game yourself with no issue and start playing.

No invite needed – Fortnite is now open everywhere on iOS. Grab your friends and jump in now! https://t.co/qU3S8QAQ9K


Fortnite Mobile has been ridiculously successful since landing on the App Store too, with a rise in sales and popularity thanks to being free-to-play to start with. It’s an interesting mix of strategy and luck depending on what kind of player you are, and there’s a lot more to come in the game as the year stretches on. If you’re looking to get into it, now’s the time.