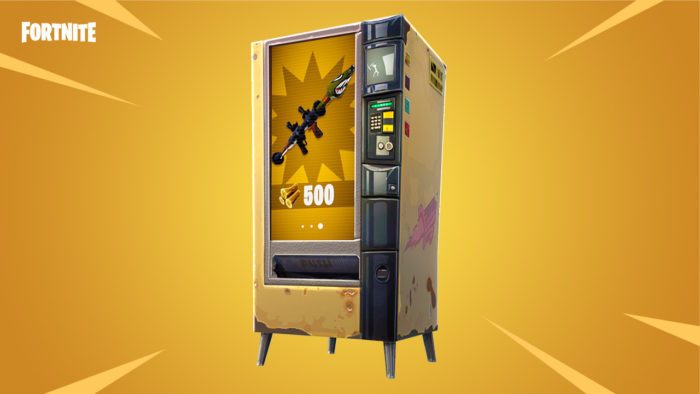 Epic Games has today released the latest update for Fortnite. Both Save the World and Battle Royale have received changes, but it’s the PvP mode and its new vending machines that are the headline act of this patch.

Content update 3.4 released earlier today on all platforms. The new vending machines in Battle Royale allow players to trade in spare materials for weapons. Each machine offers weapons at a randomized rarity and will have three different items or weapons on offer.

Fortnite Battle Royale fans also get a High Explosive v2 game mode, which adds Remote Explosive and Guided Missiles to the roster of weapons that go bang that we saw last time.

Epic Games has spent some time fiddling with some of the weapons in Battle Royale, too, particularly with regards to first shot accuracy and fall-off. You can get all the details over at the Epic site here.

As for the PvE Save the World mode, things are a little quieter in this content update. The Easter Egg launcher will go live at 8 pm ET today, offering up a festive and explosive new addition to your arsenal.

Fortnite Battle Royale is available for free on PS4, Xbox One, and PC.