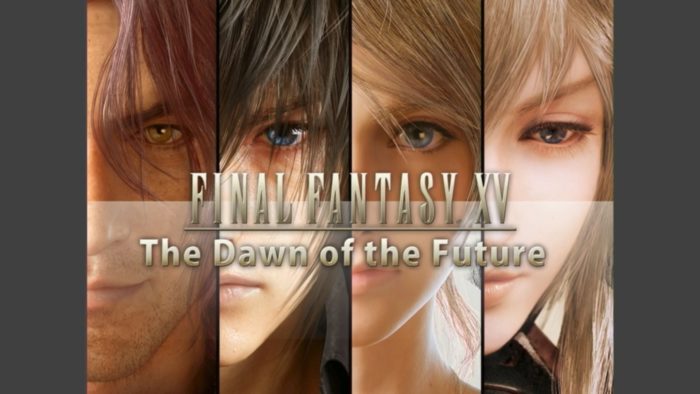 Square Enix confirmed during a PAX East panel today that Final Fantasy XV will be getting four story-focussed DLC episodes, collectively called The Dawn of the Future, in 2019. Each of the episodes will show an alternate finale for a different character, with the overall concept of the episodes to be realizing “a future everyone longed for.” Obvious spoiler alert for those who haven’t finished the game.

This section of the presentation began with a look into what an alternate Final Fantasy XV timeline could look like, seen below.

The first episode, tentatively called The Conflict of the Sage, spotlights Ardyn. According to the presentation, players will get to learn how Ardyn became so villainous as they “Witness the resentment he harbored towards Lucis for over 2,000 years, and his clashes with the Astrals.”

The next episode focuses on Aranea, and is described as more of a side story. The working title on this episode is The Beginning of the End, and is “A side story about the Starscourge depicted from the Niflheim’s perspective.”

The second full episode focuses on Lunafreya, with the working title of The Choice of Freedom. “This story’s about Luna’s fate, which not even death can free her from,” according the the presentation. “Her battle to save the one she loves overturns the destiny dealt to the Lucian King.

Noctis takes the spotlight in the third episode, tentatively called The Final Strike. Square Enix didn’t want to go into too much detail at PAX, but promise it will have Noctis part ways with the Astrals to embark “upon his final battle in order to attain the ideal future for all his people.”