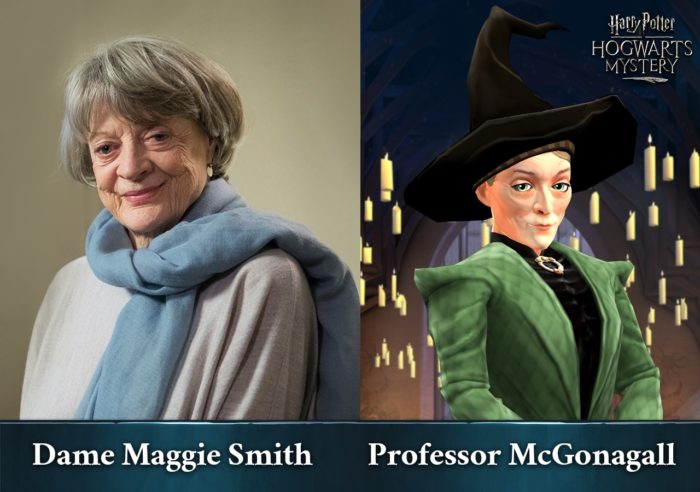 Jam City’s upcoming Harry Potter: Hogwarts Mystery is shaping up to be an interesting riff on the Harry Potter series, with plenty of nods to the books and films, and now it is, more noticeably, adding familiar voices and faces to the game. In partnership with Warner Bros. Interactive Entertainment, Jam City is bringing professional actors to the table to provide voicces.

You’ll be able to attend Hogwarts as a new student (before Harry, of course) and will be able to interact with all these personalities soon, when the game launches for iOS and Androd on April 25 this year.

“If I could attend Hogwarts as a student, I would be most excited to attend the potions class taught by Severus because it is the most exotic,” said Dame Maggie Smith, voice of Professor McGonagall, which is probably a sentiment plenty of you share as well. Who wouldn’t want to head to Snape’s class, weirdness excluded?

If you’re jonesing for more Harry Potter, this mobile title should fit the bill nicely.