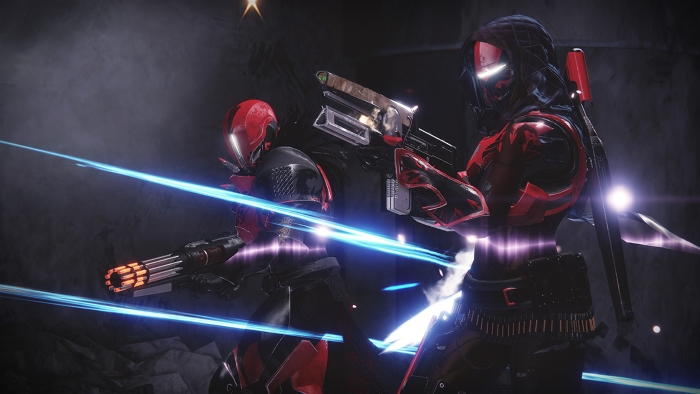 One of the most widespread and valid complaints about Destiny 2 is how watered down exotic equipment feels when compared to some of the really unique, and fun to use stuff from Destiny 1. Bungie has been quite transparent for the last few months about what they are planning with Destiny 2, and we’re finally starting to approach “exotic weapon sandbox changes.” This update will, hopefully anyway, tune up the exotic-ness of exotic weapons so they that are actually exciting and fun to use.

Up until the last week, I’ve been extremely skeptical about Bungie’s ability to deliver on that promise. Until the PvE and Quick Play are separated from the competitive game modes in some meaningful kind of way, I just didn’t see Bungie adding weapons that could potentially be overpowered, and then break the “balance” of the competitive playlist and Trials of the Nine.

However, Bungie has been teasing some of the sandbox changes on their Twitter recently, and I have got to say, things are looking promising. See for yourself below:

Space and time weaponized for destruction.

A preview of Exotic weapon changes coming in Season 3. pic.twitter.com/cEy6zug3Hg

Dual utility weapon. Precision down sites, explosions from the hip.

A preview of Exotic weapon changes coming in Season 3. pic.twitter.com/vZONr9GMJD

One is a nuisance. Many… a nightmare.

A preview of Exotic weapon changes coming in Season 3. pic.twitter.com/cSoi4k4tLy

OK Bungie… I see you… that Graviton Lance is looking pretty nice… It has taken them forever, but this is the kind of stuff I want to see! We’ll have to wait and see if the scale of the overhaul is significant enough to move the needle, but if it is, and you combine that with the recent Go Fast update, and a successful Warmind DLC, you can start to see a world where Destiny 2 climbs out of this slump that it has been in. And, if its fall expansion is as awesome as The Taken King was, there might just be hope for Destiny 2 still yet.

Still, until they do something about PvE balance effecting PvP, the constant worry of breaking the crucible will hang over Destiny 2 like a rain cloud. We’ve said our piece on that, and hopefully Bungie finds a solution that they are comfortable with sooner rather than later.