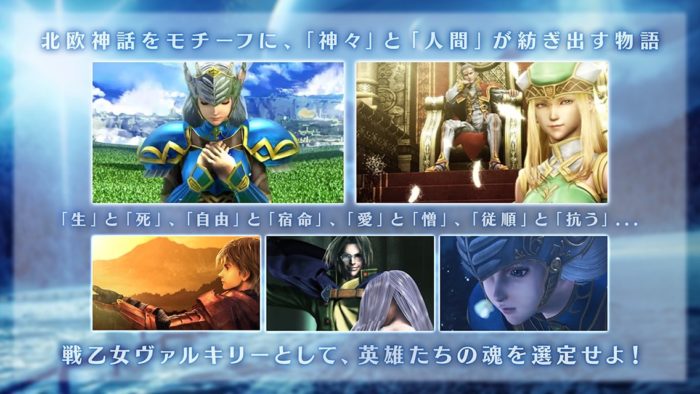 Valkyrie Profile: Lenneth is a smartphone-based release from Square Enix that’s coming to both iOS and Android devices in Japan. The game will be coming to phones on March 22, but there hasn’t been a Western release date for the mobile title just yet. The game will run 2,200 yen when it’s normally available, but a special promotional price will put it at 1,800 yen for a limited time, until April 8.

The game will feature new HD graphics, new control styles with game pad support, auto-saving, the ability to save your game at any time, and plenty more tweaks on the original game, which released first on PlayStation back in 2000 in North America. Valkyrie Profile follows the story of a valkyrie named Kenneth who tries to collect the souls of dead heroes throughout the world of Midgard. As she journeys, she ends up learning about her human life before becoming a valkyrie.

The turn-based battle game also got a sequel, but the original game was re-released as Valkyrie Profile: Lenneth on PSP as an enhanced port. This is widely considered the part of the series to play by series fans. If you’re interested in playing the mobile port, hopefully we’ll see a Western version coming soon.