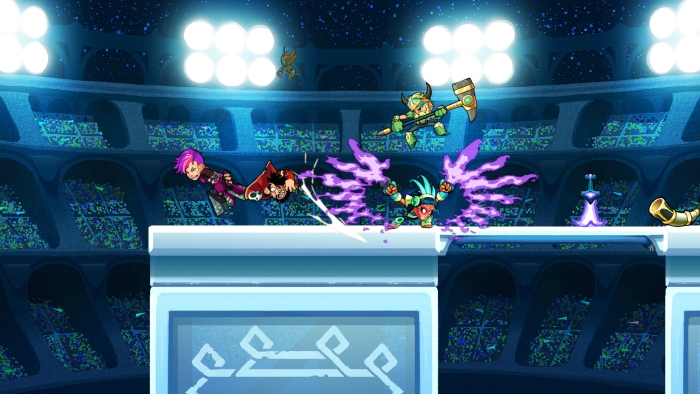 Ubisoft announced it has acquired Blue Mammoth Games, developer behind the free-to-play fighting game Brawlhalla for PC and PlayStation 4.

Blue Mammoth Games is an independent developer founded by ex-Cryptic Studios and Hi-Rez Studios employees. The studio has developed MMO Dungeon Blitz, a massively multiplayer online web browser game, and Brawlhalla, which currently is one of the top 100 games played on Steam.

“The team at Blue Mammoth Games is expert at developing and running scalable, competitive, multiplayer online games, and they’ll be a great addition to Ubisoft’s network of studios,” Ubisoft NCSA president Laurent Detoc said in a press release. “With Brawlhalla, we’re getting a hugely popular and highly-profitable title that aligns with our strategy of expanding our audience and providing players with long-lasting, entertaining gaming experiences.”

The Super Smash Bros.-like Brawlhalla officially launched in 2017 after three years in Steam Early Access, and supports up to four players locally and eight players online. The studio has groomed an esports community around the game, kicking off a third year of tournaments and partnering with Dreamhack. Not many details were given about the deal, but the developer wrote on the game’s official website it plans to expand the studio, improve the game, and provide a roadmap for the “next years of Brawlhalla development.”

“One thing goes without saying, but I will say it anyway: We’ve worked very hard over the last three years to earn your trust that Brawlhalla will be always free to play and never pay to win,” said Blue Mammoth games founder Matt Woomer. “None of that will ever change. Ubisoft shares that philosophy, and that’s another reason we agreed to this partnership.”