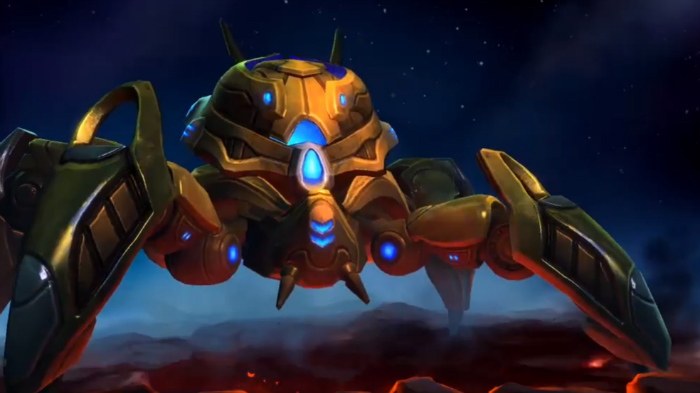 The Protoss leader Fenix will be the next character to join the Heroes of the Storm roster. Fenix played a large role in the plot of Starcraft and Starcraft: Brood War, and he’s getting a chance to fight against, and alongside some of his old foes in HotS soon.

Fenix has been seen as both a Zealot and a Dragoon in StarCraft. However, according to the teaser released by the official Heroes of the Storm Twitter that it will be his Dragoon form that enters the game.

Dragoons are robotic exosuits that are controlled by a gravely injured Protoss warrior from within. Inside is a tank in which the warrior is suspended and linked psionically to the Dragoon, which allows them to use it as though it was a natural extension of their body.

“My heart longs for an epic battle.” Fenix is warping into the Nexus! Are you prepared for the glory of combat? pic.twitter.com/vezd7UjIiU

No details on how Fenix will play in Heroes of the Storm have been released yet. Dragoons tend to do well against singular enemies but are quickly overwhelmed when swarmed. He’ll likely be best utilized taking on other hero characters 1-on-1 as a warrior class.

This year marks the 20th anniversary of StarCraft, and this is just one of the things that Blizzard is doing to celebrate. You can expect more StarCraft-related goodies as the year goes on.