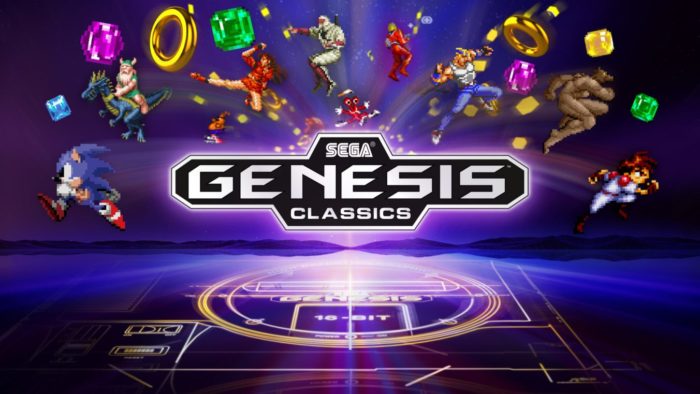 Update: SEGA has now officially announced the game via Twitter. A full list of games, and some extra features have also been announced in a post on the PlayStation Blog. SEGA Genesis Classics will introduce online multiplayer functionality to any game that originally featured multiplayer. Graphic enhancement filters are being included which are said to “make sure the old games still look great on your spangly, new-aged televisions.” It will also feature an interactive 3D room UI, where you navigate your way to games in a 90s themed bedroom. SEGA have also added a new horizontal flip mode, which will flip the games into an “all-new mirror mode” for added challenge.

It has to be said, SEGA are one of the best companies at keeping their classic Genesis games alive on newer consoles. They may not make as many sequels to them as they should, but they at least do a good job of keeping them around. Case in point, SEGA are bringing a new collection of Genesis games to the PS4, Xbox One and PC, known as SEGA Genesis Classics. It is releasing on May 29.

The announcement was posted on Twitter a little too early, and SEGA quickly deleted the tweet. However, thanks to Twitter user Sonic_Hedgeblog, the trailer has been reuploaded and is available to view.

‘SEGA Genesis Collection’ coming to PlayStation 4 and Xbox One on May 29. pic.twitter.com/onlWVAaJYJ

The full list of playable Genesis games hasn’t been revealed yet, but there are a number of games that were included in the trailer. Here is a list of the games that we’ve seen so far:

Hopefully it won’t be too long until SEGA officially unveil the collection (for the second time). We’ll be sure to keep you updated when the list of games is announced.