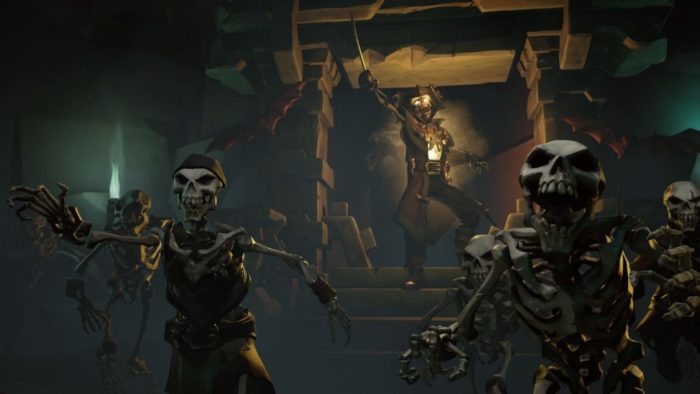 Sea of Thieves Twitch streamer Prod1gyX, has been going through the arduous process of increasing all three of the game’s factions to the max level of 50, and has finally hit his mark. Rare predicted that people would start getting there a few weeks after launch, and it seems like that was accurate.

Prod1gyX we believe is the first to reach 50 in all three factions, and as of this posting at around 2:00 p.m. EDT, is trying to figure out what to do next. Rare has said that once you get all the faction ranks to 50, a secret quest will be unlocked and upon completion, will crown the player a “Pirate Legend” and give them access to a fabled Tavern of Legends. A hidden location that is believed to be the game’s end game hub, featuring far more difficult quests and voyages.

This much so far is true. He has reached the tavern and received a new secret shanty. However Prod1gyX and his subscribers are still currently trying to figure out what to do with the shanty as it appears to be tied to a mysterious riddle/puzzle, among other secrets that are still out there.

We’ll keep an eye out on Prod1gyX’s progress, and report on anything interesting he might find. You can watch him for yourself on his Twitch.tv channel.