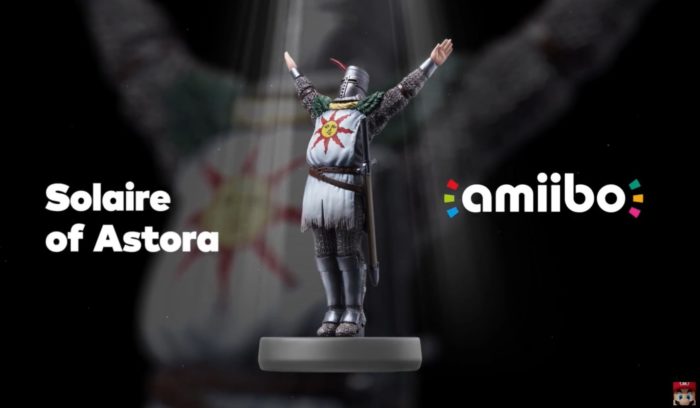 Dark Souls fans got a bit of a treat during the new Nintendo Direct today as not only was a network test announced for Switch, but one of the most recognizable characters from the series will be getting his very own amiibo. That’s right, Solaire of Astora will be getting an amiibo, that allows you to praise the sun any time you want in Dark Souls Remastered.

As you might expect, the amiibo is in his iconic “Praise the Sun” emote, undoubtedly the most popular one in the game. We don’t know much more about the figure’s functionality in the game yet, or if it’ll be compatible with any other games. It’s also unclear if this means that Dark Souls will be compatible with other amiibo outside of Solaire. We’ll make sure to update this article as more information becomes available.

Dark Souls Remastered is mostly just a visual update to the original game, keeping most of its gameplay intact. However, the Artorias of the Abyss DLC will automatically be included in the remastered game.