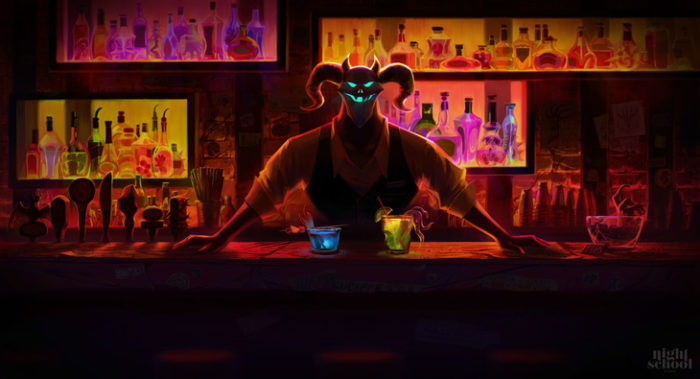 Night School Studios, the highly talented team behind 2016’s indie darling, Oxenfree, has revealed the first trailer for their newest title, Afterparty, a game that has you outdrinking Satan in order to get out of Hell. This new trailer that comes via IGN, shows off the two main characters, Lola and Milo, who are voiced by Janina Gavankar and Khoi Dao, respectively. You might know Gavankar from her role as Iden Versio in Star Wars Battlefront II and Dao has recently been heard in Sword Art Online: Ordinal Scale. You can check out the trailer below:

In Afterparty, recently deceased best friends, Milo and Lola, find themselves in Hell with only one way to get out. The one and only option for them to escape their fiery doom is to outdrink Satan himself, do that and he will you grant you re-entry back to planet earth. If you’re familiar with the studio’s previous title, Oxenfree, then you can expect the same type of 2D adventuring gameplay, which has you picking dialogue choices and examining objects in the environment. If Afterparty has the same aspects that made Oxenfree such a wonderful experience, then you should all be pretty excited for this one.

Afterparty is scheduled to launch in 2019.