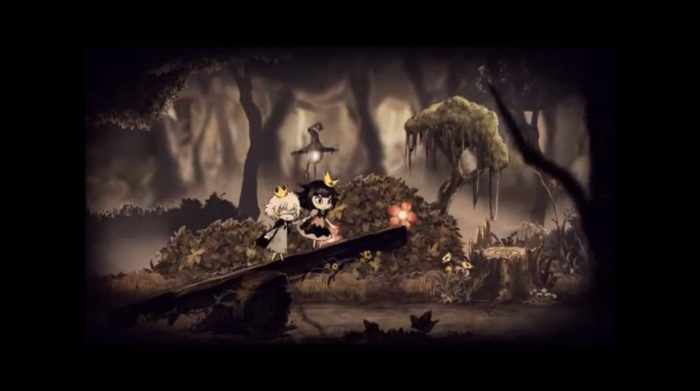 Nippon Ichi Software released a three-minute trailer for Liar Princess and the Blind Prince yesterday. The game is about a wolf-like creature who takes on the form of a princess in order to guide a blinded prince through a forest to restore his eyesight.

The opening of the new trailer goes into this backstory further, telling the tale of how the wolf accidentally blinded the prince. After hearing that the prince had been locked up for his injuries, the wolf sells its singing voice to a witch in order to transform into a princess. Using its new form, it intends to guide the prince through the woods for the witch to cure him.

The rest of the trailer mostly advertises gameplay. In Liar Princess and the Blind Prince, the player must switch between wolf form and princess form in order to solve puzzles and successfully guide the prince through the woods to the witch. As a princess, the player can hold hands with the prince and guide him through the woods. She can also ask that the prince hold something, or walk a small distance.

As a wolf, the player can fight enemies that might try to attack them. They are also stronger and heavier, which can be useful in solving puzzles involving mechanics such as weight distribution.

The game’s appearance has colors that are warm and somewhat desaturated, making it feel like an old drawing. This ties into the fairytale-like feel of the game’s story. The trailer also features haunting piano music, perhaps hinting that the tale will wind up being a bit sad.

Liar Princess and the Blind Prince is scheduled to release on May 31, 2018. It will be available on the Nintendo Switch, PS4, and PS Vita.