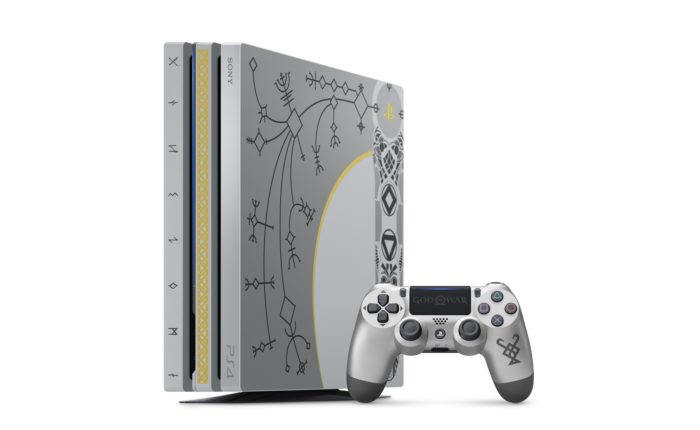 Sony has today revealed the Limited Edition God of War PlayStation 4 Pro bundle, due to release alongside the game on April 20.

The news comes via a post over on the official PlayStation Blog, which also comes with a quick overview video to show off the customized system, too (which we’ve included below).

The God of War PlayStation 4 Pro bundle features a Leviathan Gray PlayStation 4 Pro console. As you can see, the design is certainly eye-catching, with the Axe skill tree you’ll use to upgrade the weapon in the game emblazoned across the top of the console. Similarly, the accompanying DualShock 4 controller also comes in Leviathan Gray, but features a more subtle Norse symbol on the right handle, while a God of War logo can faintly be seen on the touchpad.

On top of the customized PlayStation 4 Pro and controller, players will get a physical copy of the upcoming God of War and some digital content, the specifics of which have yet to be revealed.

The limited edition PS4 Pro bundle will set you back $399.99 plus tax when it hits stores on April 20.

When running on PS4 Pro, God of War will play at a resolution of 2160p on 4K displays thanks to a checkerboard sampling process, and at 1080p on full HD displays (albeit with a little more detail thanks to supersampling).

God of War and its PS4 Pro bundle will both be available on April 20.