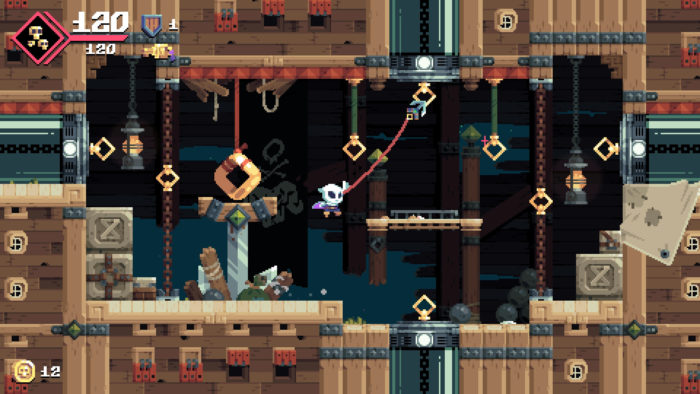 Flinthook was originally released in April of last year, and since then, developer Tribute Games has announced that the game will be coming to the Nintendo Switch eShop. The developer also mentioned that there will be a physical release of the game, which will be handed by Limited Run.

Well, we finally have a confirmed release date for the Switch digital version. Tribute Games took to Twitter to announce that Flinthook will be arriving on the eShop on March 9, so we only have a week left to wait before we can get our hands on it.

Flinthook is an action platformer game with some roguelike elements, where your character can use a grappling hook to latch on to platforms and propel themselves upwards. There are also enemies and projectiles to dodge along the way, though your character will also be equipped with weapons to handle them.