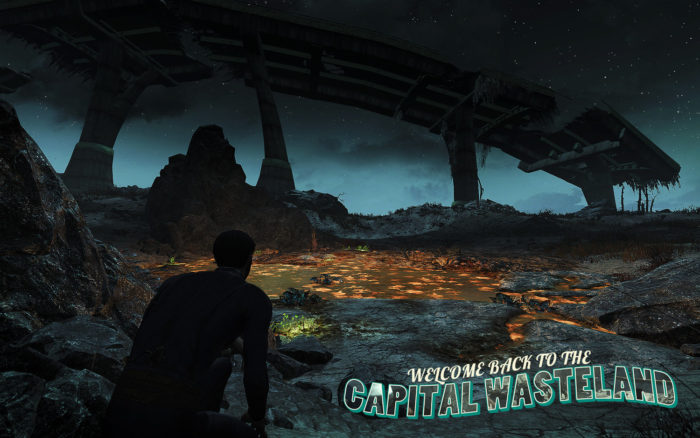 I love a good old game remaster. Nothing satisfies my inner child quite like playing through a game I grew up with that has been re-released with new graphics and gameplay mechanics that were impossible to implement during its initial release. While not every game will be remastered, I will gladly accept a game mod developed by a loving fan or team of fans that perfectly recreates an old game. But, that’s where legal issues come in, and sometimes what starts as a hopeful dream ends in tears and tragedy.

The mod, known as the Capital Wasteland Project, had a simple dream: recreate Fallout 3 in its entirety (or as much as possible) with Blender, ZBrush, and the Fallout 4 Creation Kit. It isn’t unlike the The Elder Scrolls Renewal Project (or TESRenewal) that uses the engine from in The Elder Scrolls V: Skyrim to recreate the two previous games, Morrowind and Oblivion (and AND TO recreate Morrowind in The Elder Scrolls IV: Oblivion’s engine). Note: I just mentioned TESRenewal in the present tense and the Capital Wasteland Project in the past. Well, there’s a reason, one shared by Twitter user Juice Head.

Juice Head’s post quotes Capital Wasteland Project lead NafNaf_95. While NafNaf_95 states his team wanted to make the game as legally as possible, they didn’t think everything through and had some ideas that could have put them in hot water, specifically get them accused of piracy/copyright infringement. They considered all their options to avoid these issues, including rerecording over iconic voice actors who, according to NafNaf_95, helped give Fallout 3 its “charm and personality.”

Even though there was no guarantee the development team would have been sued for piracy/copyright infringement (games such as this exist in a gray area of the law), they made the difficult decision to immediately stop the project. While they plan to come back to the Capital Wasteland Project should they ever receive the blessings of Bethesda and Zenimax, until that time comes, the ambitious project should be considered dead and buried.

The Capital Wasteland Project has sadly met the same fate as many other games that, while created out of love, were halted due to legal troubles, including AM2R (Another Metroid 2 Remake) and Pokemon Uranium. Although, in the spirit of fairness, AM2R was shut down because Nintendo was in the middle of developing its own Metroid 2: Samus Returns remake. Moreover, Pokemon Uranium was not a fan-remake but a standalone fan project that introduced new Pokemon, regions, moves, and music, and we have yet to receive a clear answer why Nintendo shut down that fan project. Regardless, since these games were developed in an unofficial capacity, their creators need to respect the wishes of the copyright holders.

Perhaps the Capital Wasteland Project will come back one day. Or Bethesda will eventually hire the developers for a Fallout 3 remaster, not unlike how Valve hired the creators of the Team Fortress mod for Quake to develop Team Fortress Classic and Team Fortress 2. But, right now, that’s just a pipe dream.