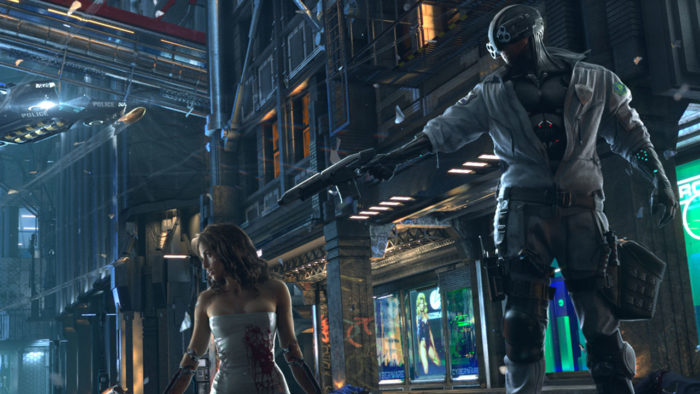 It appears that we’ll be seeing CD Project RED’s latest title Cyberpunk 2077 at E3 2018, which is great news since we’ve heard virtually nothing about the game over the last few months at all. During CD Projekt’s financial results conference, president Adam Kiciński stated that the company hadn’t announced what would be shown at E3 2018, but it would be announced just before the trade show — and what better time to show us more of the game we’ve been waiting so long to see more of?

Kiciński remained mum on further details about the trade shows, but it sure would be awesome to see more of the game or any of the game at all at this point, as gamers likely agree. Kiciński did confirm that the game will be a single-player title as well, with possible additional content coming at a later date by way of expansions.

“First of all we’re going to deliver players a huge, story-driven role-playing game for a single player, as was the case with The Witcher 3. As to further extensions of the game, I don’t like to comment on that, but I’m not saying it’s not going to be the case because we already said in the past that we wanted our future projects to integrate online components at some point.”

Unfortunately, there’s still nothing about a release date or anything like it in the interim, but even a glimpse at Cyberpunk 2077 would be better than nothing at this point.