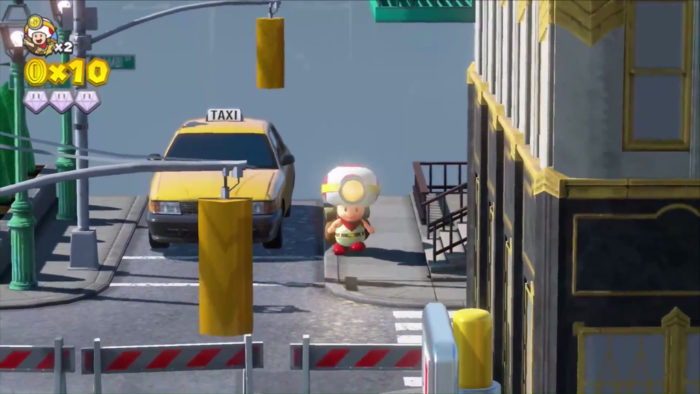 The happiest treasure tracker ever, Captain Toad, is bringing his sunny self to Nintendo Switch and Nintendo 3DS and bringing a whole bushel of new content with him. If you missed out on the adorable collection of puzzles that debuted on the Wii U, you’ll have a chance to try it all out now on either console.

Toad will get a chance to try out several Super Mario Odyssey levels, like New Donk City, which makes sense since he previously made an appearance in the game himself. Toad’s adventures get powered up even further with the addition of Joy-Con support. You can even play with a friend, with one person assisting with cover turnip fire and the other doing all the important treasure hunting — that’s the best part, obviously.

Captain Toad: Treasure Tracker’s 3DS iteration will feature touchscreen controls and stereoscopic 3D visuals as well, making it a pretty attractive port if you’ve never played the game before. Even if you have, there’s plenty more to see and a lot of new treasures to explore, this time with your best buddy by your side. We’re slowly starting to see some of the Wii U’s original library trickling over into Switch territory, so that’s definitely something to continue looking forward to.